While it’s somewhat common for Hollywood and Chinese companies to collaborate on promoting and co-producing English-language films, Sony’s coproduction to create local content is unique.

Sony’s Playmaker Media, with support from Australia’s Screen NSW, will begin production on the adaptation in spring 2017. iQiyi plans to make the three-part series available later in the fall.

The Chinese government and local media companies have long been interested in boosting local programming and improving production capabilities.

Through licensing agreements with Sony, Paramount, Universal, Lionsgate, and several European and Asian distributors, iQiyi has around 9,000 films in its library for an estimated 5 – 20 million paid subscribers.

Baidu, known as the Google of China, launched iQiyi in 2010 with US-based Providence Equity Partners. Since launching, they have accumulated the most paid SVOD subscribers in China.

Calculating an accurate subscriber base for iQiyi is difficult. In mid-2015 the company claimed 5 million subscribers, which jumped to 10 million by year-end. In 2016, the company reported 15 and 20 million. 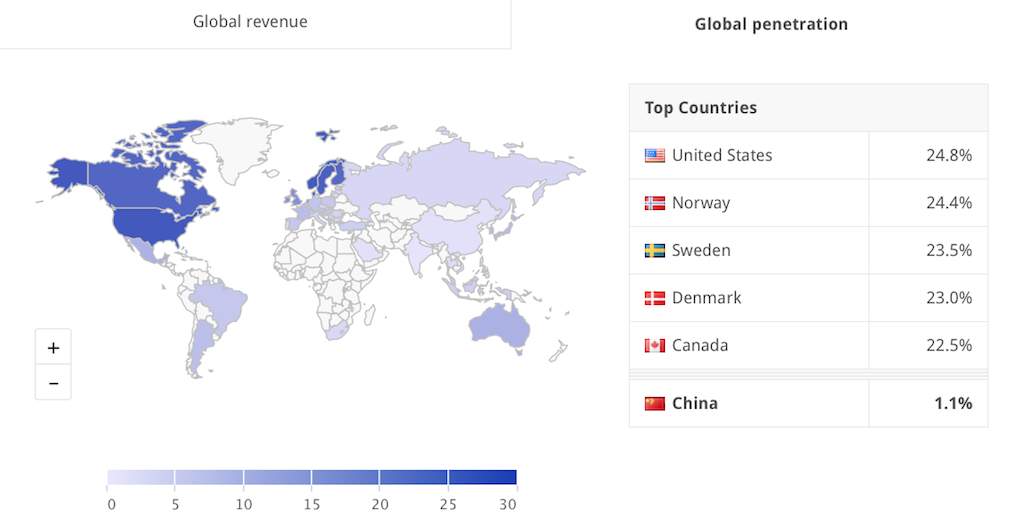 The Chinese-language television coproduction by Sony and iQiyi is an adaptation of Chosen, a series that appeared on Sony-owned streaming service, Crackle.

The coproduction was another first, proving Sony Pictures, owned by the Japanese conglomerate, is ahead of the curve in Asia.

Similar to Hulu, iQiyi relies on an ad-supported service. The SVOD premium service costs 30RMB per month, equivalent to $4.50. Compared to Netflix’s global average fee, it’s about half the price.

However, since less than 1% of free subscribers opted for the monthly premium service, iQiyi also offers various transactional payment options.

Multi-stream revenue models will dominate the emerging markets because they lack the legacy costs and business models that hinder dynamic pricing in developed countries.

Benefit from nonpublic rates to uncover what streamers pay for films.

The SVOD Episodic Licensing Series is your inside source to uncover what streaming services around the world pay distributors to license episodic content.

Netflix’s New Advertising Tier is Off to a Shaky Start

Streaming
January 25, 2023 Comments Off on Netflix’s New Advertising Tier is Off to a Shaky Start

Netflix’s ad-based tier aims to reduce the high churn the company faced in 2022, attract new subscribers, and lure back those who canceled. However, by all measures, the rushed experiment is failing fast.

Last year was the first year in the previous four years that didn’t welcome a new subscription streaming service from Hollywood’s major players. The lack of a new streaming service did not stop the existing services from offering new ways to watch content through paid and free ad-supported options.

Streaming services are scrambling for new strategies to keep their existing subscribers in a highly crowded domestic market. The level of churn among premium streaming services like Netflix, HBO Max, and Disney+ has accelerated.

The SVOD Episodic Licensing Series is your inside source to uncover what streaming services around the world pay distributors to license episodic content.